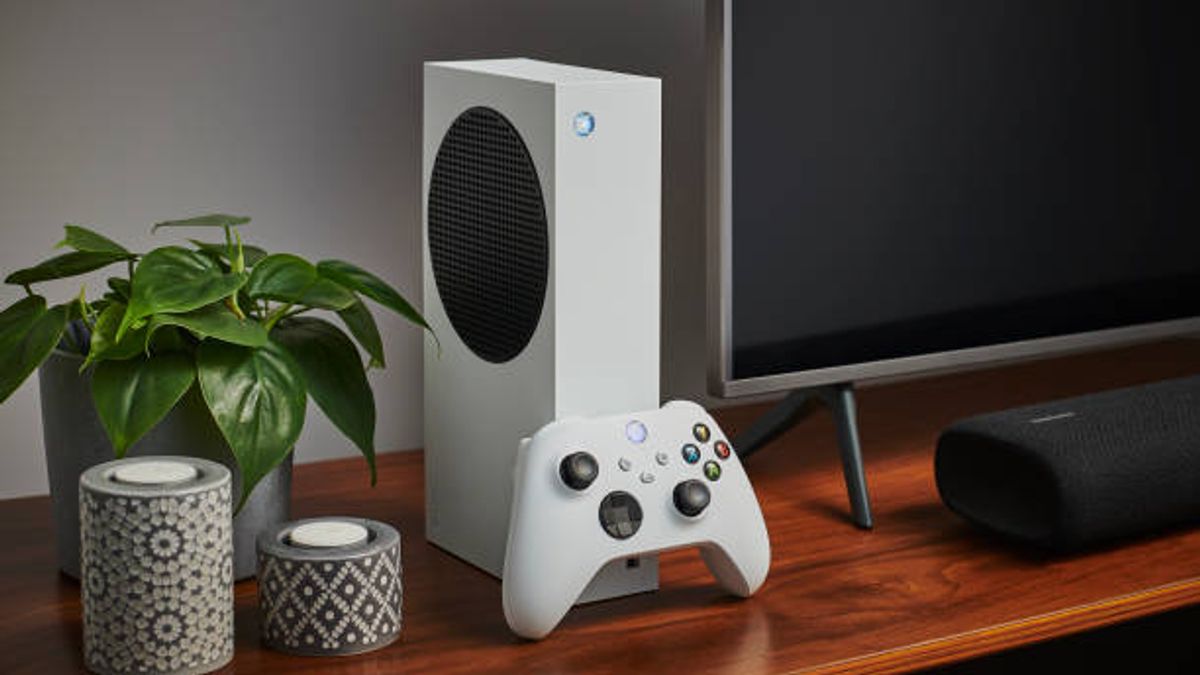 Xbox Series S review – an interesting read for every gamer.

The Xbox Series S‘ dimensions measure 10.8 inches x 5.9 inches x 2.5 inches. This small design makes it easily portable as it does not require a lot of space for safekeeping. The game console is fitted with self-adhesive rubber feet in both horizontal and vertical orientations to protect it from wear and tear and sliding. It looks stunning when it is in either of the directions. It also has plenty of cooling vents to help avoid overheating.

The Xbox Series S’ rear has dual USB ports, a storage expansion slot, an ethernet port, an HDMI port, and a power port. At the front, the device has a single USB port. It has no disc drive. Therefore, you will need to use digital game versions to buy on the Microsoft store.

The Xbox Series S’ controller features two extended hand grips, two analog sticks, a D-pad, four shoulder buttons, four face buttons, two options buttons, and a powerful one. All these are in the same positions as the Xbox One, allowing an easy transition between these two gamers’ models. The controller also has a ‘share’ button to enable users to take screenshots and video clips. The controller’s surface is matte and relatively sweat-resistant. An Xbox Series S review that does not highlight the controller’s overall comfortability would have done injustice to the game console.-

The Xbox Series S interface comprises a home screen that features your most recent games and activities. Upon scrolling down, users will see Store, Media, and Game Pass options. When gamers click the Xbox button on the controller, they will be able to maneuver through apps and games, view their entire library, system notifications, achievements, access settings, manage friends’ lists, and so on.

What is remarkable about the Series S’ is its consistency. Users who have used the Xbox One will not find difficulties in navigating through the Series S’. Microsoft might attempt to build up an Xbox ecosystem that users can experience from anywhere.

The Series S has a GPU with up to 4 teraflops of output, 10 RAM, and 512 GB SSD storage. The game console offers upscaled 4k gaming, native 1440 pixels resolution, or 1080 pixels. The Xbox Series S can run games at 120 frames per second at 1440 pixels. However, it is paramount to highlight that you will need an HDMI 2.1 compatible TV if you want to maintain the resolution at 1440 pixels.

Compliments to Microsoft’s Xbox Velocity Architecture, the game console has ray tracing and ultra-fast load times. In this Xbox Series S review, it is paramount to highlight that its 512GB storage capacity is one less impressive area. This is even worsened by the fact the operating system takes up 148GB. Gamers will have to fork up a significant amount of money for an added storage solution.

An authentic Xbox Series S review will point out that its default game library is scarce. Its first-party exclusives output is worryingly lacking. Users will have to rely on the Xbox Game Pass to build up their game portfolio quickly. While the Game Pass does not cover the lack of first-party exclusives, it enables gamers to access them on the day of release.

Where can I buy the Xbox Series S and who much does it cost?

The Xbox Series S is available in most major brick and mortar shops such as Gamestop, and online platforms such as Amazon. Its price starts from $432.

How much usable storage space does the Xbox Series S have?

It has 364GB of usable storage space.

What kind of batteries does the Xbox Series S controller use?