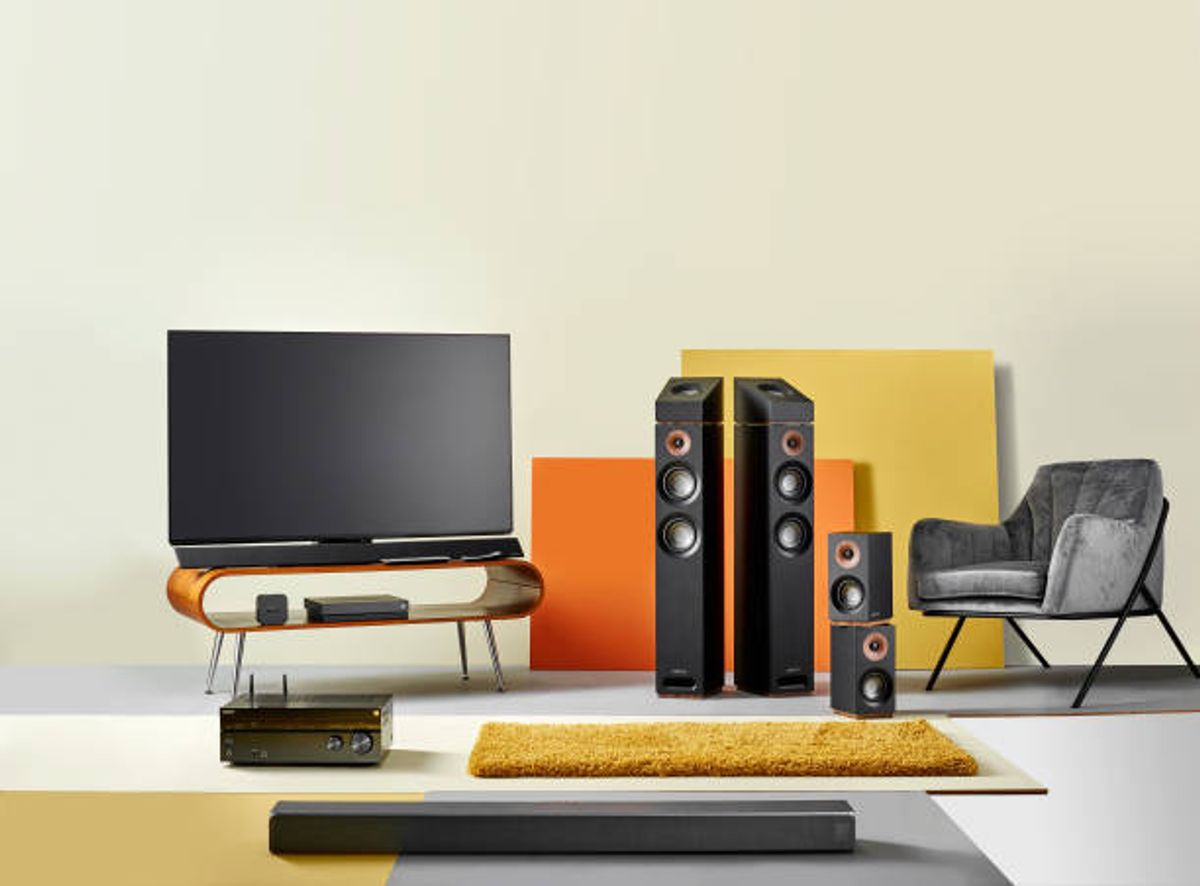 Samsung Soundbar Q800T Review – Most TVs are not built to provide an excellent sound output which is a requirement for a fulfilling cinematic experience. This calls for the need for good external speakers, such as the Samsung Soundbar Q800T reviewed in this article. The device is one of the latest mid-range devices to be launched by Samsung Electronics. The soundbar replaces the outgoing HW QR70W. In it, Samsung introduced several improvements.

It incorporates a slimline design that moves the upward-firing drivers towards the front of the cabinet. As a result, the Samsung Soundbar Q800T can be placed under modern Television sets without blocking either the screen or the sound beams. The other major feature on the soundbar is the Q Symphony that allows an integrated sonic experience with supporting TVs from Samsung, and in-built Amazon Alexa. Overall, the Samsung Soundbar QT800T looks ultra-modern, exquisite, and has good architecture.

The Samsung Soundbar Q800T is dual unit. It comprises of the soundbar and the subwoofer.

The soundbar unit is slim, minimalistic, compact, and measures 980 x 60 x 115mm. It is ideal for 65-inch Television sets. It does not cover the screen or infrared sensor when the TV is mounted on a table stand. The top of the device has two top firing speakers that have capacitive touch controls, while the bottom features three forward-firing speakers that have acoustic beam holes alongside a small LCD screen that displays vital parameters of the soundbar such as volume, modes, and so on.

The front design features a metal grille that covers the sides. Finally, at the rear, the soundbar has a pair of HDMI ports, of which one is HDMI eARC compatible and enables 4K pass through.

The subwoofer unit is best described as minimalistic and simplistic and measures 205 x 403 x 403mm.

One does not need multiple remotes to control the Samsung Soundbar Q800T. Key functions such as power, volume, and sound effects can be done using the Samsung TV remote.

A fair Samsung Soundbar Q800T review will highlight that setting up the device is simple, and does not require any technical expertise. The subwoofer and the soundbar units connect wirelessly as soon as they are plugged into the power source. The Q800T features eARC, Bluetooth, and optical connection features. Users who want to connect the Q800T to external devices such as the Xbox or Playstation will have to utilize the 4k pass-through and set manually the soundbar mode to HDMI.

The Soundbar Q800T utilizes Samsung’s Acoustic Beam 2.0 to create overhead channels. The technology’s 56 angled holes are responsible for producing a panoramic effect that improves the feeling of immersion. The sound system’s wide-range in the front-firing speakers also creates an expansive soundstage that produces a wall of sound at the front of the room.

The Samsung Soundbar Q800T Review has enough amplification to fill a reasonably large room. An authentic Samsung Soundbar Q800T review will point out that the volume can go loud without distortion or sounding strained. The Dolby Atmos and DTS:X enable one to hear each distinct sound as it flows around and above, giving you a real-life listening experience. The device also has adaptive sound technology. It analyses the audio signals and automatically delivers optimized scene-based sound. Adaptive sound technology also enables users to hear voices even in quiet conversations.

The soundbar also has a built-in voice assistant (Alexa) that helps you control your music, obtain information, manage your day, using voice commands. Users can also add the QT800T to their network of connected devices in their homes using the SmartThings App. It takes connected living to greater heights, by giving users control over their audio throughout their homes.

Yes. It can be synchronized with the Samsung TV.

Is the Samsung Soundbar Q800T suitable for gaming?

Yes. It is a perfect soundbar for gaming sound effects.

What is the weight of the Samsung Soundbar Q800T?

It can be bought at Samsung Stores and online platforms such as Amazon.

Xbox Series S review – an interesting read for every gamer.