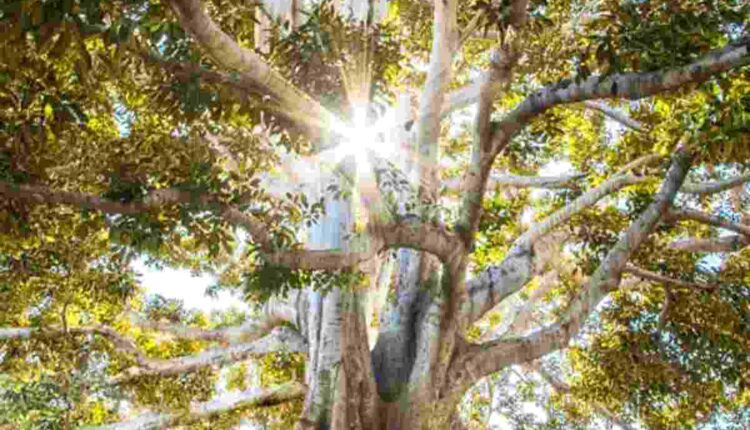 Best Places in the World

This is an open question, and no single place can be called the best place in the world. If you’re looking for the top spots, you could visit the Great Barrier Reef, the Atacama Desert, the Mayan temples, Maui, or several other places. However, some places should be on your bucket list.

If you are looking for a vacation spot where you can experience unique wildlife and breathtaking views, the Great Barrier Reef is a great option. Visitors can explore the reef from a plane, scuba mask, or sailboat. This unique attraction will provide you with a once-in-a-lifetime experience. Whether you want to see the reef in pristine condition or a bit more adventurous, a scuba diving trip will give you the chance to experience the wonders of the Great Barrier Reef in a completely different light.

The Great Barrier Reef is one of the most spectacular sights in the world. It spans three-hundred-thousand square kilometres and is so vast it can be seen from space. But unfortunately, it’s also threatened by climate change, pollution, and over-tourism.

The Great Barrier Reef is home to over 400 species of coral and over 4,000 species of molluscs. This makes it one of the richest natural ecosystems in the world. It also provides crucial habitat for the threatened dugong and is a major calving area for humpback whales. It also has six out of seven species of marine turtles, and many regionally important turtle rookeries are found here.

The Atacama Desert is an exceptional place to visit. This high-altitude area is full of spectacular vistas and activities. It is a great place to spend a week. There are many things to do here, including the amazing night sky. You can also try a hot air balloon ride, which takes you over the desert’s landmarks.

The Atacama Desert is known for its extreme weather conditions, but the surrounding region is full of beauty and charm. For example, you can visit San Pedro de Atacama city, which is surrounded by stunning landscapes. The town boasts luxurious hotels and artisan restaurants. The buildings are made from adobe brick and decorated with mosaics.

The Atacama Desert is situated in northern Chile and spans 40,000 square miles. It is slightly larger than the Mojave Desert in the southwest United States. It extends 600 miles from north to south and spills into Bolivia, Argentina, and Peru. The Atacama receives very little rain, and residents often go years without any precipitation. However, the Andes range traps storms, which emerge at the eastern edge of the Atacama. The storms create a variety of geological features and bizarre salt sculptures.

The Atacama Desert has spectacular landscapes, including the Salar de Atacama. The Salar de Atacama is the world’s third largest salt flat and is home to many species of flamingos. The Andean flamingo, also known as the Chilean flamingo, feeds on algae rich in beta carotene. The desert also has a serene lagoon and is a popular tourist destination.

One of the best places in the world to see Mayan ruins is in Mexico. Palenque’s UNESCO World Heritage Site contains some of the best Mayan architecture and sculptures. The structures date from about 600 to 800 AD. One of the most impressive parts of Palenque is the Temple of Inscriptions, the only Mesoamerican pyramid built as a funerary monument.

Templo Mayor – This temple was considered the centre of the Maya universe. It is located near the city of Tenochtitlan and was dedicated to rain, war, and agriculture gods. The structure has seven phases and is currently being reconstructed. Visiting this ancient site is an experience not to be missed!

Coba: This is another great Mayan city that is worth visiting. It is the largest Mayan city in the Yucatan region and was home to up to 50,000 people. Nohoch Mul Pyramid is the largest and most impressive of Mayan temples and is more than twice the size of the Temple of Kukulkan. The city is located amid a lush jungle and contains five huge lakes.

– The Maya were astrologers, and their pyramids were no exception. This ancient civilization used astronomy to chart lunar and star cycles. The ruins of this ancient city are full of intricate design and detailing. UNESCO declared the entire site a World Heritage Site in 1987.

There are many things to do in Maui. Whether you’re a nature lover or simply looking for the perfect place to relax with your family and friends, there are plenty of places to explore. From waterfalls to bamboo forests, Maui has something for everyone. However, if you’re more adventurous, you can sign up for a guided tour led by a naturalist. These tours can even include visits to remote locations that are not accessible by car.

Foodies will love the island’s abundance of tropical ingredients. There are plenty of restaurants on the island to satisfy your taste buds. From street vendors selling kalua pork tacos to five-star restaurants with organic produce, you’re sure to find something that appeals to your palate.

Maui is one of the most popular destinations in the Hawaiian Islands. This second-largest island is known for its lush climate, beautiful beaches, and abundance of outdoor activities. The landscape is picturesque because much of the island is surrounded by Haleakala National Park, a dormant volcano. Watching the sunrise over the island is one of the best sights on Maui.

Haleakala National Park is home to one of the world’s largest dormant volcano craters. This national park covers 30,000 acres of Maui and is home to several interesting attractions. Haleakala’s summit is more than 10,000 feet above sea level. If you’re looking for an unforgettable view, consider spending the morning hiking to the top. If you’re adventurous, you can also go star-gazing.

The South Island of New Zealand is a stunning destination for outdoor lovers. Its rugged, green landscape offers a variety of activities, including kayaking and white-water rafting. The area is also famous for its fresh produce and delicious seafood dishes. So whether you’re an avid mountain biker or an avid hiker, you’re sure to find something to suit your needs.

The South Island is the largest of New Zealand’s two main islands. Officially titled Te Waipounamu, the South Island is more than twice the size of its North Island counterpart. Its natural features include the Southern Alps, which stretch 500 kilometres from Wanaka to Arthur’s Pass. The South Alps feed pristine rivers and glaciers. The mountains also divide the lower South Island into two distinct regions. The West Coast receives a lot of rain, while the Canterbury Plains have a much dryer climate.

The South Island of New Zealand has a milder climate. The temperatures are usually cooler here than on the North Island, and it is advisable to go hiking during winter in the island’s mountainous regions. During winter, there are also opportunities for ice climbing and skiing. The South Island is also known as the Adrenaline Capital of the World.

Although the South Island of New Zealand is sparsely populated, it offers a wide range of exciting activities. Activities on the South Island include skydiving, zip lines, and gondola rides. You can also take a hot air balloon ride over the Southern Alps. There are also 140 glaciers on the South Island. The glaciers can be reached by hiking the mountains or passing through caves. The region also offers famous places, including Thunder Creek Falls and Pelorus Bridge, featured in the movie ‘Hobbit’.

New York City is the largest city in the U.S. and has nearly 21 million residents who speak more than two hundred different languages. It has been the centre of culture and industry since the early twentieth century. Its skyscrapers and historic buildings are iconic, and it’s also known for its high cost of living. Rent, food, transportation, and entertainment can all be quite expensive. It’s therefore important to come prepared with a budget.

The city is also a hub for art, architecture, and music. The city is home to several music venues, theatres, and nightlife venues. Plenty of city tours are available for visitors, which can be customized to meet individual needs. No matter what you’re looking for in a trip to New York, you’re bound to find it.

One recent study ranked New York City as the best place worldwide for diversity and culture. In addition, a survey conducted by Time Out found that 91 per cent of New Yorkers said there was always something to do in the city. The city’s upcoming WorldPride festival and plans to build new statues of famous women are just two examples of the diversity and culture that exist in the city.

Fancy Places to Eat Near Ranchi

A Nice Place to Visit Near Haora