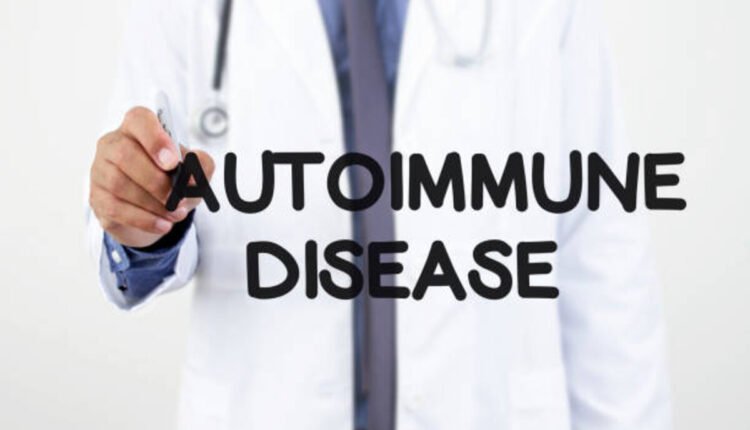 What Are the Causes of Autoimmune Disease?

There are many different types of autoimmune diseases. Some are hereditary and are passed down through families. Environmental factors may cause others. About three-quarters of those who suffer from autoimmune disorders are women. These diseases tend to strike during the childbearing years. Hormonal changes also appear to be important triggers for some forms of autoimmune disease.

One of the main complaints associated with autoimmune diseases is fatigue. This is usually accompanied by poor concentration. The leading cause of this is inflammation, which decreases energy and oxygen supply to the body. The disease can also cause thermoregulation to be impaired. It can also lead to neurological damage and a host of other symptoms.

In many cases, autoimmune diseases affect a variety of organs and tissues. These include muscles, joints, and tissues. In rare cases, the disease can affect more than one body part. However, symptoms will vary from person to person.

Diagnosis of the autoimmune disease involves a blood test. A simple blood count can establish cytopenia or autoantibody production, and additional tests can identify the presence of autoantibody. In some cases, a bone marrow sample can also be obtained to determine whether a patient has a problem producing blood cells.

There are various treatments for autoimmune disease, from OTC medications to more sophisticated treatments. These therapies relieve the pain and swelling associated with autoimmune diseases. Some of these drugs, such as nonsteroidal anti-inflammatory drugs (NSAIDs), are effective in relieving pain and inflammation in the body. Others, such as glucocorticoids, protect the function of an organ by suppressing the immune system. However, these drugs are not without side effects.

Most people with autoimmune disorders are treated with immunosuppressive medications. The most common of these are steroids. Some of the most common autoimmune diseases include lupus, rheumatoid arthritis, and diabetes. Diet is a critical component of treatment, and an excellent balanced diet can help improve the symptoms of autoimmune disease. In addition, it is essential to limit your intake of trans and saturated fat, as well as sugar, salt, alcohol, and caffeine. Nutritional changes are essential for managing autoimmune diseases, so you should discuss them with your healthcare provider. Also, a doctor can perform tests to check for nutritional deficiencies and advise you accordingly.

Genomic analysis can help scientists understand the genetic causes of autoimmune diseases and translate this knowledge into effective treatments. For example, in 2005, immunologists David Hafler and John Todd studied type 1 diabetes and multiple sclerosis. They used genome-wide association studies, which looked for regions in the genetic code associated with the disease.

Women are at a higher risk than men for developing autoimmune diseases, but it is not entirely clear why. Some conditions affect women three to 16 times more often than men, but research on the exact causes has been challenging. A greater understanding of the connection between diet and autoimmune disease might help researchers find the cause of this imbalance.

The most crucial goal of a healthy diet for people with autoimmune diseases is to control pain, slow disease progression, and support the immune system. Probiotics, vitamin D, and omega-3 fatty acids are some of the most promising nutrients. First, however, it is essential to be aware of common foods that are considered inflammatory.

As an autoimmune disease patient, you may need special treatment for infections. Fortunately, there are several options for treatment. The first option involves the use of antibiotics. Most episodes of infection are treated with empirical antibiotics. However, treating patients with low neutrophils or lymphocytes requires special consideration.

Bacterial infections are frequently associated with many types of autoimmune diseases. They can trigger chronic inflammation and demyelination. Various modes of pathogenic bacterial action have been investigated, including cytokines and Toll-like receptor signalling. Studies also indicate that heat shock proteins and nitric oxide may play a role in pathogenic signal processing. These studies suggest potential therapeutic targets.

Several drugs are available to treat autoimmune diseases, including older chemotherapy agents and new biotherapy drugs. These medicines are effective in easing symptoms and helping the body heal but can have side effects. Learn more about these medications and how to administer them safely. You can also get some tips on explaining these medications to patients.

Unfortunately, there are no cures for autoimmune diseases, so treatments focus on managing the symptoms. Most autoimmune diseases are characterized by a cyclic pattern of flare-ups and remissions. To reduce the symptoms, most physicians prescribe immunosuppressive drugs. However, these drugs can also subdue the immune system, making patients more vulnerable to infections.

What You Need to Know About Pleurisy

How to Recognize Symptoms of Asymptomatic Infection

Orthopedics and Treatment for Curvity of the Spine